The Pelvic Floor Foundation of South Africa was founded by Professor Stephen Jeffery and Professor Jan-Paul Roovers to promote education and research in the field of female health in order to improve the quality of life of women worldwide.

Together the PFFSA Team  Researches, Innovates and Educates.

Professor Stephen Jeffery is a Royal College (London) accredited subspecialist Urogynecologist. A large portion of his time is spent doing clinical work which includes heading the Department of Urogynaecology and Pelvic Floor Reconstruction at the University of Cape Town. He is one of the only accredited Urogynecologist in South Africa.

Since 2016 he is an honorary professor at the University of Cape Town. Prof Roovers founded the pelvic floor centre of Amsterdam in 2008, which is now the largest pelvic floor centre in his country and part of a chain of private hospitals called Bergman Clinics. In this chain of 60 hospitals with a focus on orthopaedic and aesthetic surgery, Roovers is the medical director of research and innovation. Roovers leads a research group with 20 researchers, has authored over 200 peer-reviewed articles, chaired the EUGA meeting in 2016 and IUGA meeting in 2020 and is an associate editor of Neuro-urology and Urodynamics.

Ashleigh has vast experience in the Non-Profit sector focusing on event planning and management, implementing marketing campaigns and fundraising. She is responsible for the events, workshops and marketing activities for PFFSA. 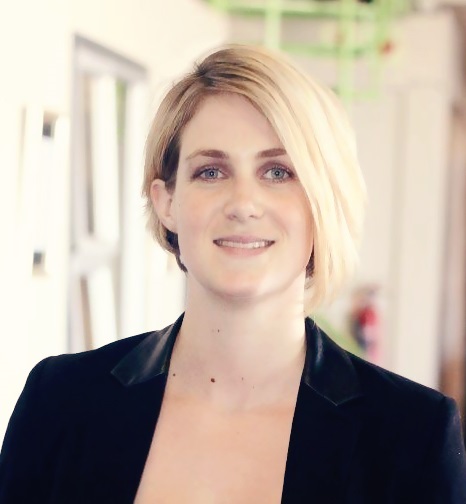 Ashleigh Marais
Events and Marketing Coordinator
Eileen is an experienced marketing and sales manager with a demonstrated history in the software, medical and retail industry. Eileen is responsible for identifying new channels of funding opportunities, as well as overseeing the pre-clinical and clinical research projects for PFFSA.

Dr. Peter de Jong
Dr Ras is a Urogynaecologist at Groote Schuur Hospital/University of Cape Town. She obtained her medical degree in 2006, with varied work experience thereafter until specialising in Obstetrics and Gynecology from 2012 to 2016. She then went on to super-specialise in Urogynaecology, graduating in 2018 from UCT as the first locally trained Urogynaecologist in South Africa, under the tutelage of Dr Stephen Jeffery, Dr Pieter Kruger and Dr Kendall Brouard.  Dr Ras has worked in both the private and public sector and has developed a broad interest in evidence-based medicine with a special focus on women’s health, taking socio-political, scientific and economic issues into consideration. She has a special interest in Urogynaecology and Laparoscopic minimally invasive surgery, that developed while conducting research on the quality of life in women with urogynaecologic conditions. Hence, she is passionate about destigmatising gynaecological (especially Urogynaecological) conditions; Urogynaecology related health education, health promotion and improving the quality of life of women, especiallyin the elderly.    Dr Ras passed her FCOG Part 3 (MMed) Cum Laude in 2015 and went on to receive the SJ Behrman Prize for the best Dissertation from UCT Obstetrics and Gynaecology department. She also passed the Gynaecological Endoscopic Surgical Education and Assessment (GESEA) Minimally Invasive Gynaecological Surgery (MIGS) Level 2 certification with distinction. Dr Ras is involved in numerous research projects, to improve the understanding of pelvic floor conditions, in an attempt to improve the quality of care. Dr Ras has attended a number of international Urogynaecology and pelvic floor medicine conferences, and presented at a few of them. She has also published a number of articles as main and co-authors. She is not only passionate about research, but also training of junior doctors in dealing with Urogynaecologic conditions and surgery. In 2018 she was awarded the Yvonne Parfitt Prize from UCT Dept O&G for the best original research published by a specialist, as well as the Robert Soeters Prize for the most supportive consultant in terms of teaching and training as voted by registrars.  Holding the ideal of excellence in health care as a standard, she is committed to constantly improving the quality of life of women, improving the standard of care, as well as the environment wherein she works. 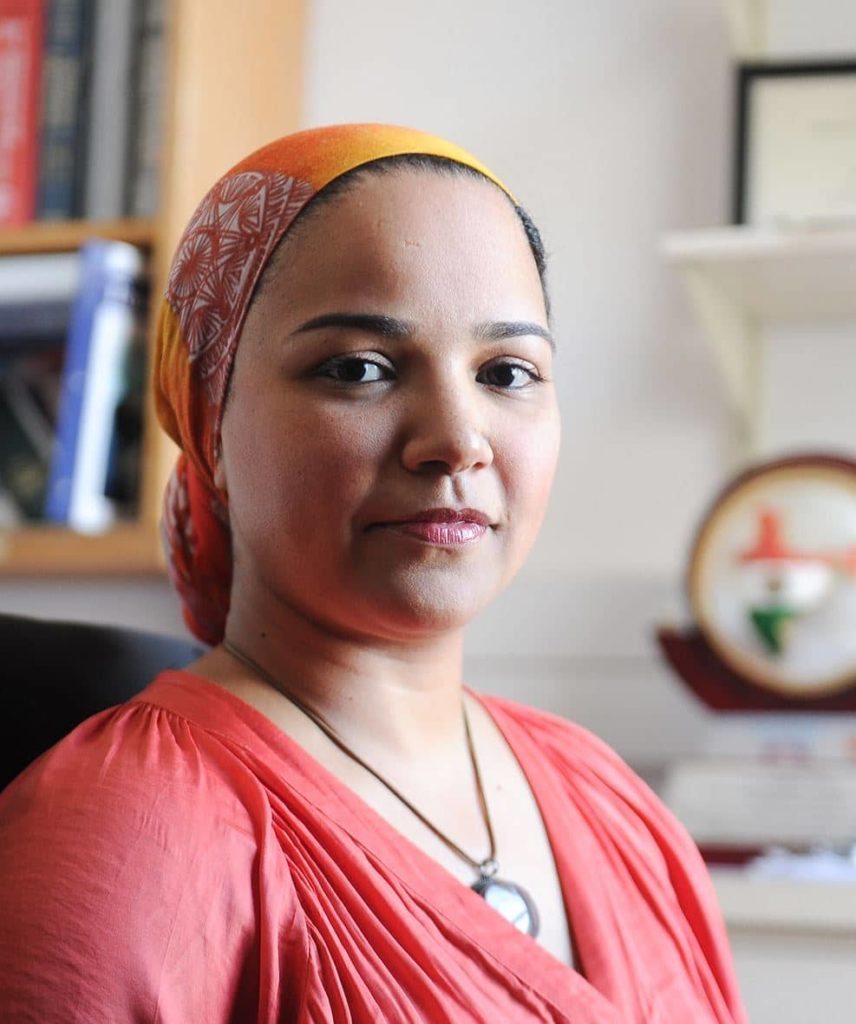 Dr. Lamees Ras
Dr. Brouard completed her undergraduate training at the University of Cape Town (UCT). She then went on to specialise in Obstetrics and Gynaecology at UCT and was awarded her FCOG(SA) and MMed(O&G) in 2008.
Dr. Brouard has been working in the Urogynaecology Department at the University of Cape Town / Groote Schuur Hospital as a specialist since July 2010 where she has gained vast knowledge and experience in the field of pelvic floor medicine and surgery. She is a board member of the South African Urogynaecology Association (SAUGA) and is responsible for co-ordinating the training of Urogynaecology sub-specialist trainees at UCT. Dr. Brouard specialises in vaginal surgery for the treatment of pelvic floor disorders.

Dr. Kendall Brouard
Dr. Jere is completing his fellowship training in Urogynaecology Department at the University of Cape Town. He is a qualified Gynaecologist from UCT Cape Town. Following his 5 years specialist training in Groote Schuur Hospital, he went to work in an intermediate level gynaecology Hospital in Namibia. Dr. Jere has been involved with setting up the first minimally invasive gynaecology surgery in 2 private hospitals. Over the last 3 years he also participated in training other 4 gynaecologists at Ondangwa Private Hospital and Rundu Private Hospital. Dr. Jere has special interests in minimally invasive surgery and pelvic floor reconstruction. He went to train and is certified in advanced assisted reproductive technology and certificate in minimal access surgery in Bangalore, India. Dr Jere has vast experience in laparoscopy, endometriosis surgery, hysteroscopy and pelvic reconstruction surgery. He is also involved with a scope of research at the University of Cape Town and the Pelvic floor Foundation of South Africa. Dr Jere’s has a passion for teaching and has participated as the chairman of the Surgical Society of Namibia in the fields of Gynaecology and laparoscopic surgery in gynaecology. Dr Jere is also a trainer at the Refresher Congress of the University of Cape Town, he has given international talks in India, Namibia, Malawi and South Africa. Dr Jere is an award winning surgeon and during his training at UCT was awarded the Allan Alperstein Best Surgeon award. In addition he has also, received the award in 2017 at the RCOG international congress in Cape Town. He is an active member of IUGA , AAGL, ASRM ,SAUGA and SASOG. IN addition to completing his subspecialist training in pelvic reconstruction surgery, advanced minimal invasive surgery, Dr Jere is also active in all research which is sponsored by PFFSA into areas relating to Female Pelvic Health issues . 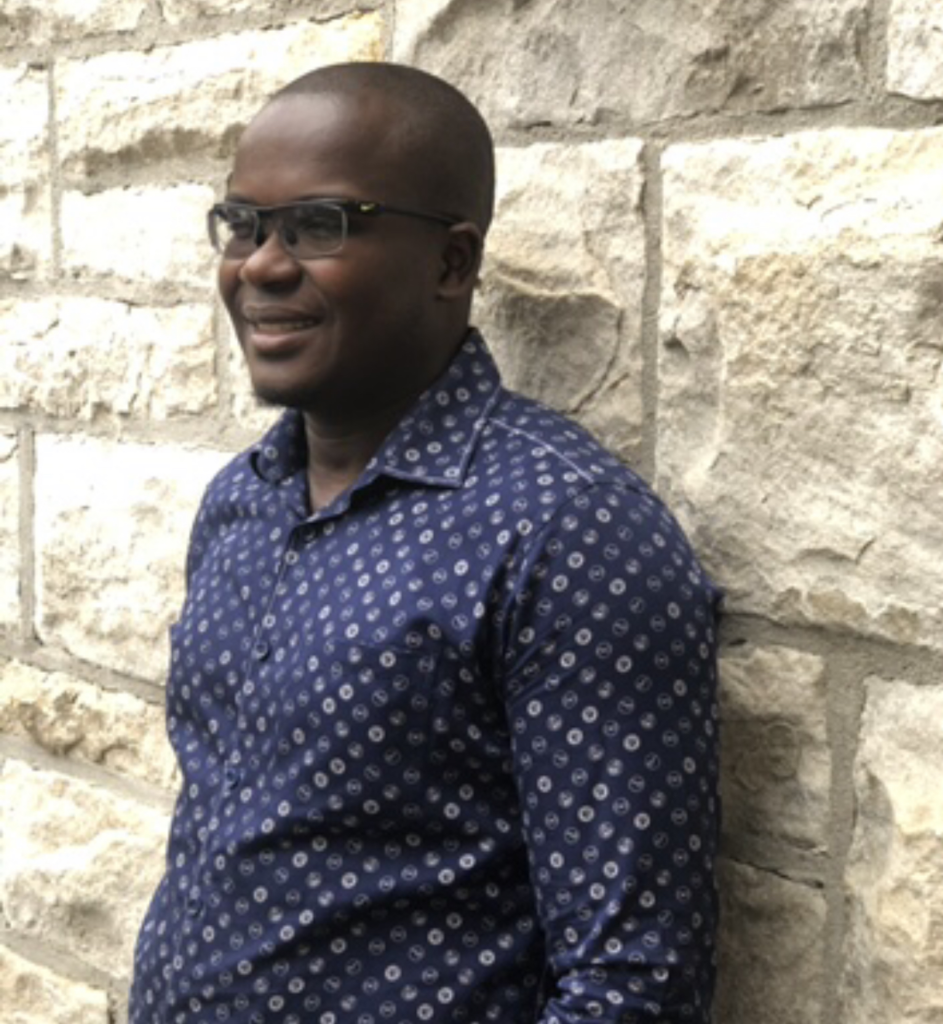 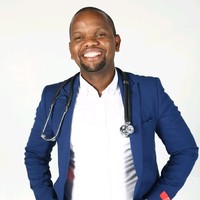 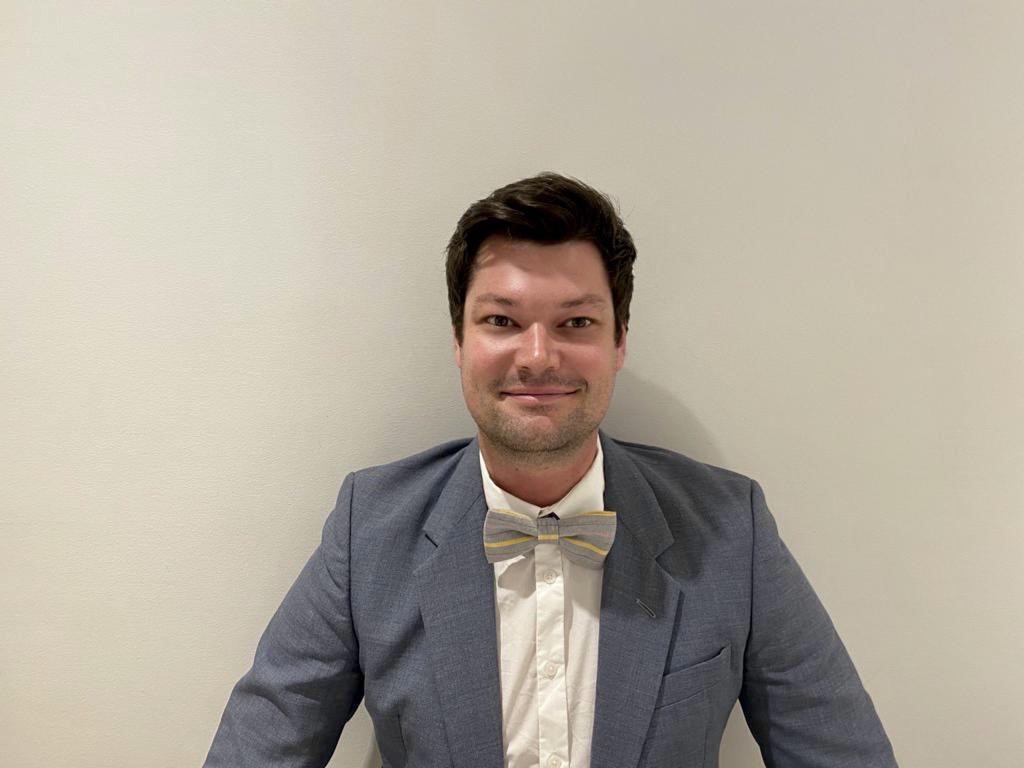 Dr Colin Montgomery
Dr. Guler received her BSc, and MSc in Biology from Istanbul University, and PhD in Nanoscience and Nanoengineering from Istanbul Technical University. During her PhD, she visited Nova University of Lisbon, Tissue Engineering Group, (I3N/Cenimat and Physics Department), Portugal. She received a postdoctoral research fellow from COST and studied at Semmelweis University, Faculty of Medicine in Hungary. Currently, she is working as a senior researcher at Amsterdam University Medical Center, Location AMC. She is involved in project design, writing and supervision of the PhD students. She won awards `Best PhD thesis` and `young scientist award`, has been awarded with personal project grant (VENI Talent Scheme NWO), travel grants and fellowships. She has authored in more than 20 international peer-reviewed journals and is the inventor of two patents regarding scaffold development for tissue engineering application. She has been involved in international collaborative research projects and disseminated the results in scientific meetings in varying fields, ranging from biomaterial science to, tissue engineering and urogynaecology. Her research interests are mainly focused on biomaterial and tissue engineering scaffold design, biofunctionalization of polymeric materials and their biomedical applications. Her research focuses on tissue engineering which provide benefit to patients by translation of fundamental research on innovative approaches for regenerative medicine and material science. She, together with Prof. Jan Paul Roovers, has initiated an European tissue engineering consortium, aiming to develop alternatives to current options for correction of Stress Urinary Incontinence (SUI) and Pelvic Organ Prolapse (POP). Her primary research interests are new generation implants and their interaction with cells and tissues; host and immune response to implants; delivery systems for improved wound healing and tissue regeneration. 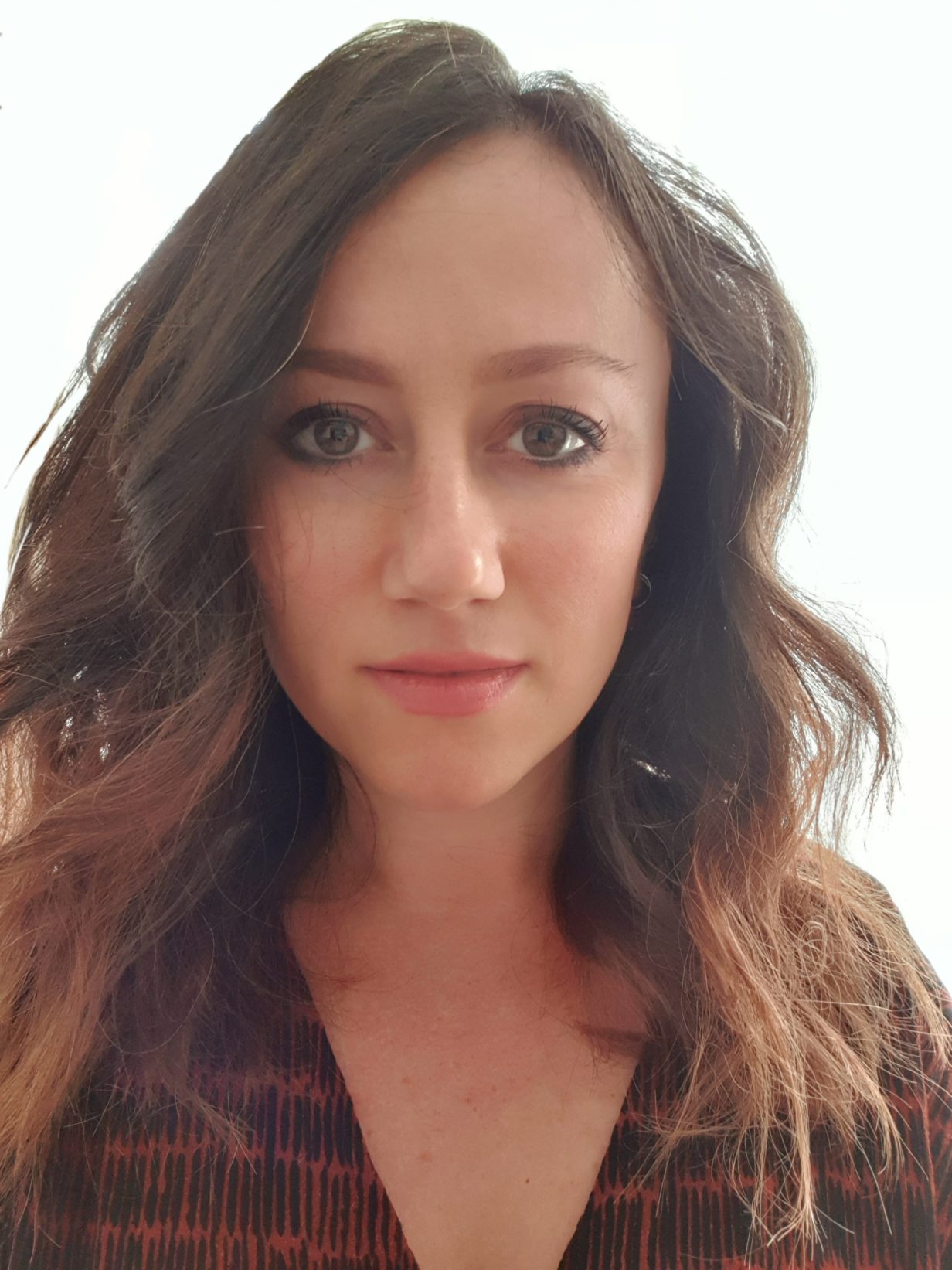 Dr. Zeliha Guler
Dr. Vodegel is a PhD candidate in Urogynaecology at the University of Amsterdam, where she researches the effects of oestrogen on vaginal wound healing and urogenital symptoms. In 2017, she completed a master’s degree in Medicine at Groningen University and participated in the parallel Honours College Leadership programme where she developed her personal and professional leadership qualities. Presently, Dr. Vodegel conducts preclinical, translational and clinical research in collaboration with Belgium and South Africa. Together with the research team she looks for potential co-benefits of oestrogen to improve healing conditions, pelvic floor functioning and associated human health impacts. 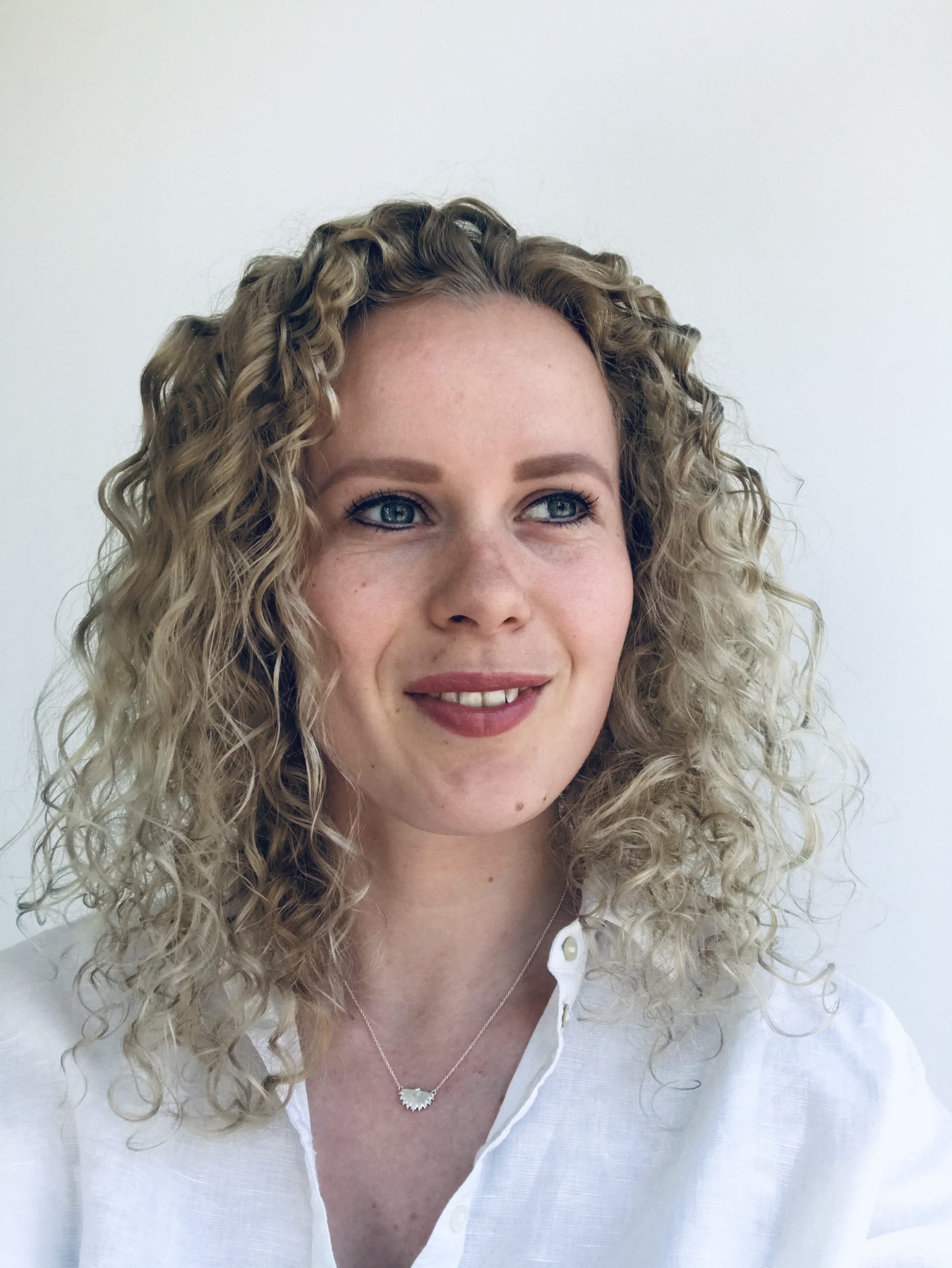 We are an internationally recognized research group working to improve the understanding and treatment of pelvic floor disorders and road back to pelvic health.